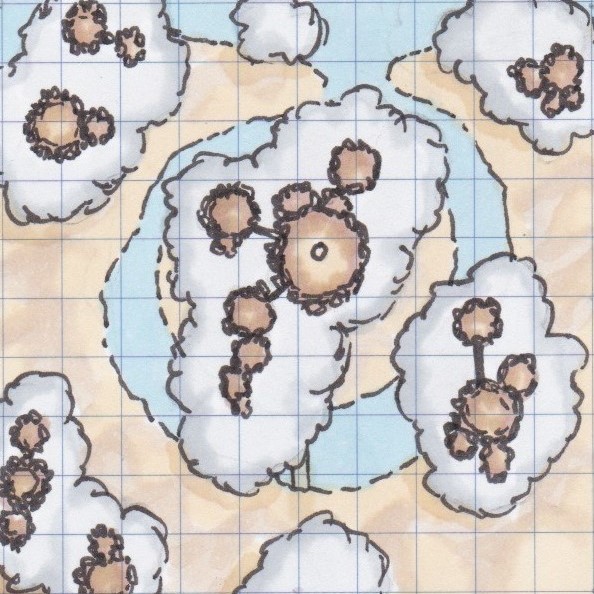 
Airlu, The City in the Sky, is the capital of the Rhiewk people.  The Rhiewk are tall and have feathered wings attached to their arms which magically fold back into their bodies.  The Rhiewk people have facial features similar to many of the gentler birds of the world.  The Rhiewk fly everywhere in Airlu so one of their talented magic users developed special soles that could be attached to shoes and boots.  The soles allow any humanoid race to walk in the clouds without falling.  There are a limited amount of these soles so they are carefully handled.  If one of the soles goes missing the city is shut down and no one is allowed in until the sole is found.


Airlu is quite large and the city is broken down into various areas; crafting, living spaces, government, warehouses, and the foreign market.  Each area is fenced in and patrolled by a contingent of guards and led by a captain of the militia.   The Rhiewk are a very giving race and rarely exchange money with each other.  Bartering is a large part of Rhiewk life and they are very good at it.


The crafting area of Airlu has many specialized buildings; but perhaps the most unique building is the magical crafting facility.  This large ornate facility houses workstations of all of the crafts of the Airlu.  What makes this building extraordinary is the amount of magic that permeates every tool and anvil. All items that are going to have magic applied to them are created here. The first floor houses the tools and the second floor houses the offices of the magicians that specialize in object creation. Most finished magic items are lighter than normal due to the skill of crafters in Airlu.


The residential areas of the Airlu resemble ornate natural bird nests.  Each nest is unique and made out of a variety of natural materials.  Some of the nests are built with roofs while in others the Airlu prefer to shrug off the weather and let their nests soak.  Within each group of residences is a larger building where anyone can come in from the weather. These buildings are shared for large family gatherings, special events, etc.


Several guildhalls and the central government building are housed in the largest area.  The militia and small army also have buildings here. This building area is conveniently between the warehouses and the foreign shopping area; just in case there are any problems.


The warehouse area is self-explanatory and the foreign market features crafts made by virtually every race on the planet.  To purchase magical items from the Airlu it is necessary to be accompanied by two members of the guard.