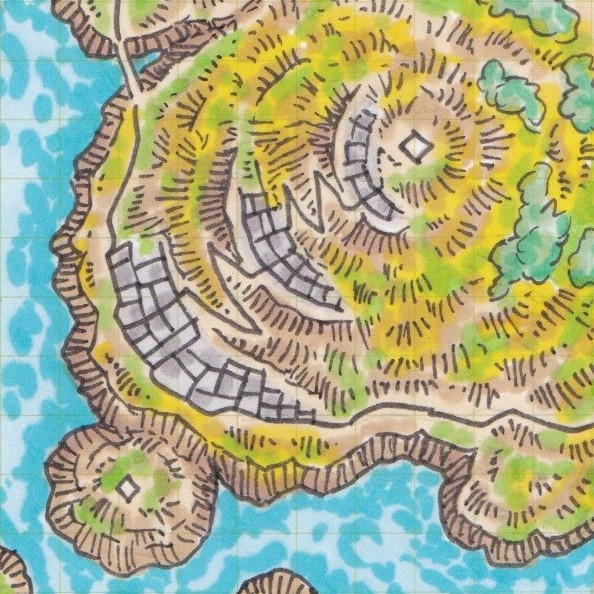 
Continuing west along the coast you arrive at the Dwarven capital of Muhr Fahldor.  The city was literally carved from the rock of the cliff, a huge dwarven face of their first king etched into the rock above and the city below.  There are three tiers to the city, with the smallest and the most pretentious of dwarves being at the top and closest to the king’s edifice. The middle tier houses the homes and businesses that provide services to the government and the commerce that keeps the city thriving. On the bottom tier and spreading out from the cliff is the bottom tier where the majority of dwarves live.  These dwarves are the backbone of the city and keep the city running smoothly.


One of the families that live on the middle tier is the Beryljaw family.  They have five businesses kept in shops that are in a pentagon shape. Urbock Beryljaw is the head of the family and runs a tinkering shop.  His wife, Ustani, is a jeweler who caters to the wives of many of the Dwarven peerage. His brother, Tundean, is a master weaponsmith and is known by dwarves everywhere for creating, “Decimation, the Incarnation of Throbek.” This mighty longsword is said to contain the soul of one of Dwarven greatest rulers.  Urbock other brother is Fomdeth who is a master armorer.  Fomdeth is known for creating decorative armor that doesn’t provide much in the way of protection, but definitely look good.  The shops form the shape of a pentagon with the inner space containing the supplies that they all need.  The Beryljaw family own an iron mine outside of town and Urbock is head of the mining guild for Muhr Fahldor.  The family also live in a manor house on the second tier.  The entire family is known for being friendly and fair.

Next Block: The Inland Mines.

Posted by Andrew C. Durston at 7:18 PM No comments: 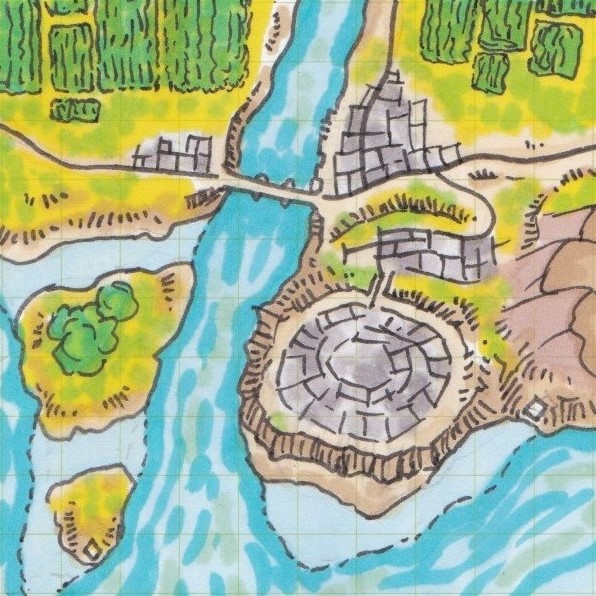 
Several miles further south, the Sparkling River flows into the Bergonlir Sea. The Bergonlir Sea is named after the Dwarf Explorer, Gibnir Bergonlir. Right along the banks of the river is the thriving city of Elderhaven.  Several thousand people live here, primarily Dwarves in the spacious upper levels of the city.  Just on the outskirts of town are the citrus orchards owned by Sinead Coldmail.  Sinead has a large family, seven children, all born with agrarian talents.  This has allowed Sinead to lead Elderhaven’s Agrarian Guild.  The guild is responsible for feeding most of Elderhaven and Sinead does his job very responsibly.

Next Block: To the capital.

Posted by Andrew C. Durston at 7:21 AM No comments:

Continuing our series developing a world a 5 mile square block at a time, we bring you: 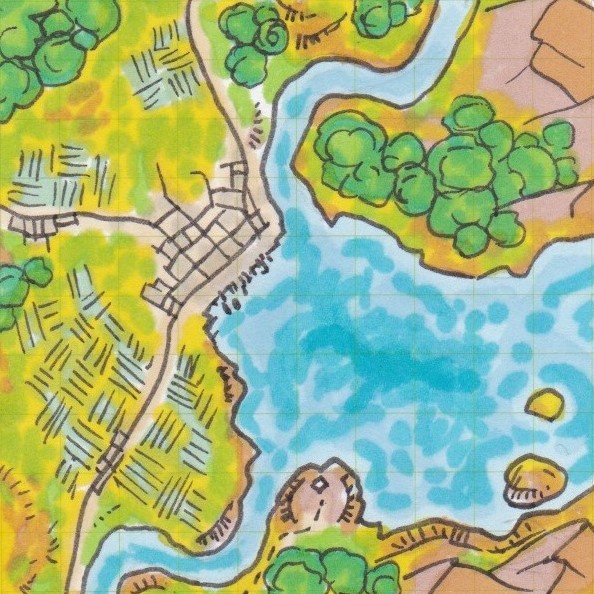 Today is a special day for Cartalha and Lake Crystal.  The underwater circus known as Tac’s Troupe is set to perform this evening.  Tac is a Merman and a talented illusionist.  He has begun to make a name for himself by combining sophisticated illusions with a variety of Mermen/Merwomen and interesting underwater creatures.  Most Cartalha residents can’t wait to see what happens!

Next Block: Further down the Sparkling River.

Posted by Andrew C. Durston at 9:39 AM No comments: